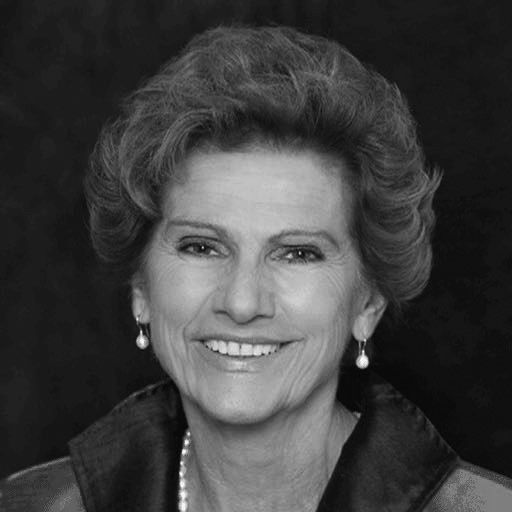 Lucy Malmberg, R.Ph., F.A.C.A., F.A.C.V.P., an education philanthropist and chairman of the board of Wedgewood Pharmacy, has more than 30 years' experience in the pharmacy profession. She is a registered pharmacist in Pennsylvania and Delaware. As co-founder of Wedgewood Pharmacy, she has been instrumental in transforming the company from a local community pharmacy purchased in 1981 into a specialized compounding pharmacy that is now one of the largest in the United States, serving more than 30,000 prescribers nationwide.

In 2002 Malmberg was a leader of the industry coalition of seven compounding pharmacies that argued successfully before the Supreme Court of the United States that the Food and Drug Administration Modernization Act of 1997 (FDAMA), which prohibited pharmacists from advertising or promoting compounded drugs, was a violation of their First Amendment rights. Since that time, Malmberg has continued to lead industry efforts to protect the right of licensed prescribers to prescribe, and licensed compounding pharmacists to provide, custom-made drugs to meet the needs of individual patients. In 2005 Malmberg was instrumental in forming the International Academy of Compounding Pharmacists' (IACP) public affairs task force, which created an advocacy program centered around Patients and Professionals for Customized Care (P2C2), a website that provides tools and information for advocates of compounding pharmacy to influence public policy. Prior to Wedgewood Pharmacy, Malmberg was an executive at E.I. DuPont de Nemours & Company, Inc. in a variety of sales, marketing and business operations positions. Malmberg was a member of the board of directors of the International Academy of Compounding Pharmacists and served on its Nominations Committee. She is a member of the Board of Trustees for the University of the Sciences, where she also serves on the Executive and Audit Committees and is Chair of the Advancement Committee. She also is a member of the American Pharmacist Association and the National Community Pharmacists Association and is a Fellow of both the American College of Apothecaries and the American College of Veterinary Pharmacists. She was active with the American Red Cross of the Delmarva Peninsula from 1995-2001, holding titles of board member, board secretary, board vice chair and board chair.

In 2013 Malmberg was awarded the Evelyn Timmons, RPh. Advocacy Award by Professional Compounding Centers of America. In 1991 she received the DuPont Vice President's Award for Quality and Leadership, and in March 1993 the DuPont Engineering Award for her leadership and contributions to the Hotel DuPont project.

In 2015 she received the Delaware Pharmacists Society’s Harry C. Zeisig Award for major contributions to Pharmacy and Pharmacy Compounding.

In 2017, she received the Earl W. "Bill" Bradley Award from the American College of Veterinary Pharmacists for outstanding service to veterinary pharmacy

In 2018, the American Pharmacists Association/Compounding SIG gave her the inaugural APHA-APPM Compounding SIG Award, given in recognition of her continuous guidance and leadership to the SIG and in the field of prescription compounding.

Malmberg holds a B.S. degree in Pharmacy from the Philadelphia College of Pharmacy at the University of the Sciences.